I’d heard that the Launch Pad Library at Ruth Hill Elementary School is an awesome place, and when I visited it, I wanted to be a kid again. The large, colorfully decorated room is organized so that books, STEAM activities, and community connections are grouped together by common themes. They are organized in six learning portals: Travel the World & Beyond; Learn from the Past; Stay Fit & Healthy; Investigate Nature; Express Yourself; and Discover a Solution. And it all looks attractive and inviting.

Kids can experiment with a sewing machine, a 3-D printer, and musical instruments. They can also make movies and audio recordings in the recording studio.  They are involved with career exploration, are taught soft skills focused on professionalism, and are encouraged to create projects that impact others. 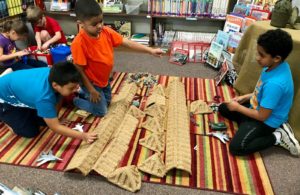 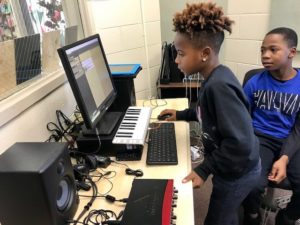 The learning portals are sponsored by community partners who supply materials and expertise. If students have a project calling for outside help, the partners are ready to supply it. For example, the Newnan Times Herald carried a story on June 9 about students making weighted lap pads that are used to help autistic children focus on learning.  The Coweta Community Foundation stepped in to help them purchase useful, quality products. 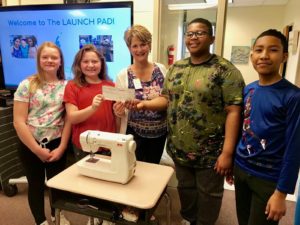 Obviously, the Launch Pad Library is a far cry from traditional school libraries. Its conception and creation are the work of St. Paul’s own Anne Graner. Anne is on a mission to empower the Ruth Hill students, 85% of which are on free and reduced lunch.  She believes that every child has the potential to succeed. With the collaboration of other teachers and community partners, the Launch Pad Library constantly strives to improve its offerings to close the opportunity gap so many of the students have.

“We don’t stop when the school year ends,” said Anne.  “For three summers, we’ve had a weekly bookmobile that reaches some of our neediest students so they can have free books over the summer.” 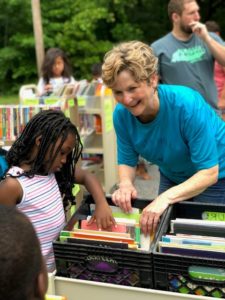 I met Anne at a St. Paul’s women’s retreat at Banning Mills a few years back. She took us on a “prayer hike” where we stopped and prayed at inspiring natural sights, and then she led a free-form dance that encouraged us to worship with our bodies. I knew then that this woman had a creative gift, one that could inspire others.

My own involvement with the Launch Pad Library occurred every Tuesday afternoon while students Christian and De’ Angelo filmed and interviewed me about my prosthesis. This video project ended up winning first place at the Coweta County Technology Competition. 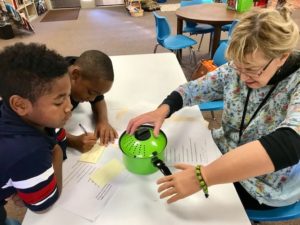 I usually arrived just before dismissal. I watched Mrs. Graner bring her busy fifth graders, who were working on various projects throughout the library, to a halt with very few words – spoken softly. They all stopped in their tracks. They sat down together to debrief about their activities, and then were quietly dismissed. I was speechless in admiration.

How does a person become an Anne Graner? Where does that creative leadership come from?

I had a chance to ask her on June 13, when she and husband Lou Graner (more about Lou in another post) agreed to be interviewed. We began with a question:

Joan: What is in your background, or what inspired you, to develop that wonderful Launch Pad Library at Ruth Hill?

Anne: I have to go back to my parents. They were creative educators and missionaries. My mom started out teaching kindergarten and later became an elementary school principal. My dad was an Episcopal priest. Soon after they married, they went to Liberia, West Africa, as missionaries for the Episcopal Church. Mom co-founded a school there. Along with leading worship services, Dad taught courses at Cuttington College –the oldest private and coeducation university in Africa — and also served as its interim president.  I was born into this way of being: following a call, serving God and others with the gifts you’ve been given, finding creative ways to solve problems, and making the most out of being alive. 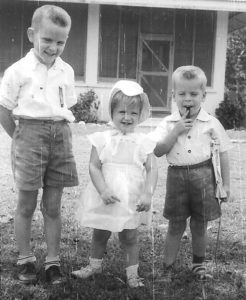 Later in life, I became a classroom teacher and noticed how much my parents’ philosophy of education and living fully influenced the type of teacher I became. That early childhood influence was a key foundation to leading me to create the Launch Pad Library.  I have found that when you observe kids and listen to them, you can get a better sense of what excites them, what they are curious about. Then you build a space and bring in resources to help them explore and become.

Mom and Dad passed away before the creation of the Launch Pad Library, but their essence permeates so much of what occurs there. I am also blessed to have the support of my husband Lou who has scrubbed floors, worked the book fair, moved bookcases and has been a sounding board for ideas and an extra hand when needed.  Our two daughters, Jessica and Lindsay, have witnessed the birth and development of the Launch Pad Library, and are excited to see how the legacy of their grandparents lives on. 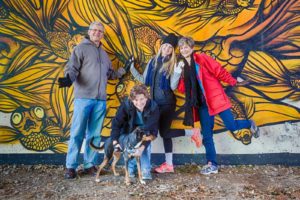 Joan: Anne, any other passions that drive you?

Anne:  Yes!  I have a passion for story- for discovering other people’s stories, for documenting others’ stories with video, and for expressing my story through free-form dancing.  And I’ve always had this desire for deeper spirituality. I’ve been to the Kripalu Holistic Health Center in Massachusetts where I’ve taken workshops and trained as a yoga dance teacher. All of it was about how to access and bring alive deeper, sacred parts of me, and to learn how to invite and lead others in spiritual experiences.  It’s been a blessing to lead workshops, sacred dance experiences, and now currently, to be a healing intercessor at our church. 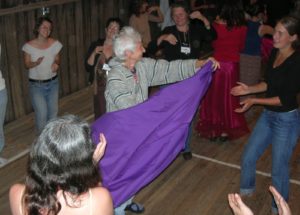 My passion for story led me to explore documentary filmmaking.  The training I received was very hands-on and entrenched me in the life of another. What an experience!  For someone to allow you to film them in their ordinariness and in their self-discovery was so sacred. 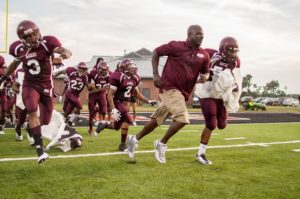 After the training, I was able to film other videos and created a website for these videos: http://snowpicnicfilms.com/  One of the videos features church member Billy Newman and his creative photography.  The website’s name, Snow Picnic Films, is in honor of my dad because he used to take us on picnics in the snow when we were living in New York state.

What it all boils down to is I just want to be true to my callings, to use the gifts I’ve been given, to embrace different kinds of people, and to live life fully.  Life has not always been easy.  I’ve experienced a lot of heartache.  But I continue to try to navigate all of this alongside taking time to listen, to pray, to be in nature, to create, and to just be. 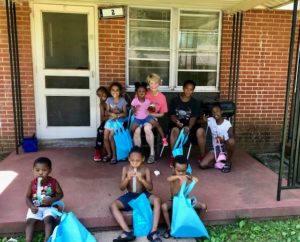